The Greek Turkish Forum (GTF) is a one-and-a-half-track diplomacy initiative, founded in late 1997 and held its first meeting in May 1998, with the aim to promote dialogue and communication between Greece and Turkey. It was expanded in 2006 with addition of Greek Cypriot and Turkish Cypriot chapters.

The Greek Turkish Forum (GTF) is a one-and-a-half-track diplomacy initiative, founded in late 1997. It held its first meeting in May 1998, with the aim to promote dialogue and communication between Greece and Turkey. It was expanded in 2006 with the addition of Greek Cypriot and Turkish Cypriot chapters.

The Forum brings together prominent Greeks and Turks –leading businessmen, respected senior academics and journalists, distinguished former politicians and diplomats– in their capacity as active citizens concerned to improve and strengthen Greek-Turkish bilateral relations and understanding between two people living side by side across the Aegean Sea. Their work is private in strategy but public in purpose.

The Greek Turkish Forum was founded in the aftermath of the January 1997 Imia/Kardak crisis that brought Turkey and Greece to the brink of war. With an intention to create a second-track diplomacy initiative, suggested by Jamie Bruce-Lockhart of the Roberts Centre (London), the first meeting between individual Greek and Turkish participants took place at Wilton Park, UK, organized by the Royal United Services Institute (RUSI) in November 1997.

Encouraged by the success of the first meeting and with the addition of new participants, the founding meeting of the Greek Turkish Forum, with Dan Smith of the Peace Research Institute of Oslo (PRIO) acting as facilitator, took place in London under the auspices of the RUSI on May 15-16, 1998. At the end of the 2000, both Roberts Centre and RUSI left the Forum in order to localize the initiative. Similarly, PRIO also left in 2003, leaving the Forum to be managed by the joint efforts of the Greek and Turkish co-coordinators.

Since its first meeting, held in the wake of the EU’s Luxemburg Summit, the Forum has sought to stimulate public debate and influence policy-making on bilateral issues through agreed statements, which it has communicated privately to the political leadership and senior officials and presented in media in both countries.

In 2006, following an expressed interest by leading figures of Greek Cypriot and Turkish Cypriot civil society, the GTF decided to form a Cyprus Chapter, hoping that the lessons learnt and synergies achieved during the years of the GTF’s operation would be put to work in the pursuit of a lasting and durable settlement of the Cyprus problem. In addition to participating in all the regular meetings of the GTF, the Cyprus Chapter also convenes occasionally to discuss developments on the island and evaluate various actions and initiatives that its members are involved in. The co-coordinators of the Cyprus Chapter of the Forum are Assoc. Prof. Charis Psaltis since 2014 (Alexandros Lordos served between 2006-14) and Prof. Erol Kaymak since 2015 (Rana Zincir Celal served between 2006-14 and Emine Erk between 2014-15).

Since its inception, the Forum has met on a quarterly basis in Greece and Turkey, with Cyprus joining after 2006. With the active support of the Foreign Ministries of both countries, the GTF supported the rapprochement process and subsequent thaw in the bilateral relations of the two countries by providing an informal forum to explore in-depth foreign policy issues of common interest – such as the Aegean dispute, minority issues, Turkey’s EU accession process and the Cyprus problem. To allow for an open and frank discussion of the issues, participants to GTF meetings always speak under their personal capacity, while Chatham House Rules are observed in the reporting of GTF proceedings. 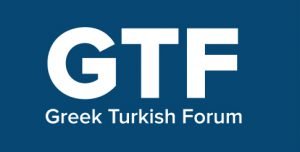 All Rights Reserved All